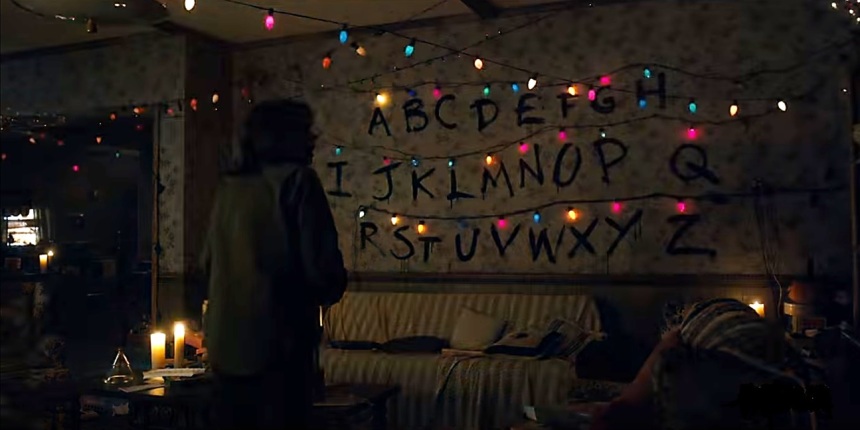 It’s taken me far too long to get this review out.

As soon as I saw the thumbnail for Stranger Things, I knew it was something I wanted to watch. I put it off though, delaying the inevitable end of the season that would come all too soon. But we did it. My boyfriend, David, and I sat down and watched it over a couple of nights, trying to stretch it out for as long as possible.

Apparently I’m not the only one enthralled with it either, because it’s sitting at 95% on Rottentomatoes and 9.1/10 on IMDb, so while I may be one of the only ones to actually shed tears at the end of the season, I am not unique in my adoration.

Besides all of the stylistic and nostalgic perks it has going for it, the story is also great. It’s compelling and keeps you on your toes. The pacing is great, the setting is wonderful and the characters are phenomenal. You can’t help but to fall in love with the children in the story – the lovable, gap-toothed Dustin, Will the missing child, Mike Wheeler, and of course, Eleven. This is Millie Bobby Brown’s first BIG role and she killed it, knocked it way out of the park. Some of the adult characters were just as easy to fall in love with and when I say adult characters, I’m mostly speaking to Hopper, the police chief who spawned one of my favourite quotes of ever now: “Mornings are for coffee & contemplation.” That quote in itself pretty much sums up the character of Hopper. He’s a police chief in this podunk town where very little happens… until now.

All in all, it’s a great sci-fi/fantasy show that I feel pretty much anyone will at the very least find watchable, but more probably will find it enjoyable and thrilling at times. Give it a watch and you will not be disappointed!