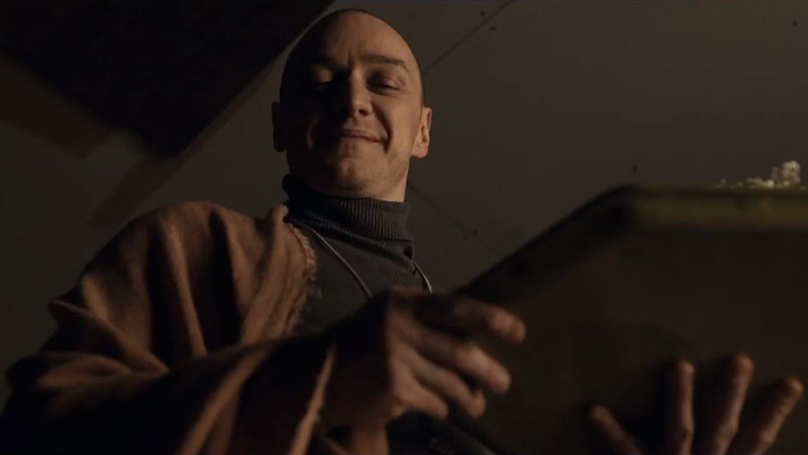 I tried really hard to reserve judgment about Split until I had a chance to see it. On the one hand, it looked very intriguing based on the trailers. It obviously had to do with Dissociative Identity Disorder which, me being a psych major, was of great interest to me and is a vastly unexplored avenue when it comes to horror films (for reasons far beyond my comprehension, because what a fascinating ‘diagnosis.’) On the other hand, it was directed by Shyamalan, which isn’t always a bad thing. He’s made some great films, including The Sixth Sense and Signs and… well, that’s pretty much it. He’s also made some also films, such as The Village and The Happening. I can’t take full credit for this idea, because it was David (my boyfriend) who said it to begin with, but it really seems that if you put M. Night in a box with clearly defined borders, he can do some wonderful things in the film world. But… if you let him run free, you end up with the cacophony that is The Village.

The movie gods must have been watching over and mentoring Shyamalan during the production of Split because I really found it to be a solid film. It’s nowhere near perfection, but it is satisfying. James McAvoy is truly an acting force to be reckoned with, playing 23 personalities, however we only “meet” 7 of them. You have Kevin, who is the main personality, Barry, a flamboyant fashionista who was previously the dominant personality, Dennis, a man with both OCD and voyeuristic tendencies, Patricia, a sinister British lady, Hedwig, a child who just wants to belong, Orwell, a scholar we meet only briefly through video (within the film), and Jade, who is apparently a type 1 diabetic teenage girl. Let’s put aside the fact that the type 1 diabetes thing really rubs me the wrong way: if it’s possible to offset your non-functioning pancreas by partitioning your mind, why don’t we have a cure for diabetes? Oh yeah, because it’s just simply not possible. I really appreciate the way that James McAvoy distinguishes each personality. He portrays them perfectly and you can tell before he even speaks as each persona that he has changed just from his facial expressions and his mannerisms.

I felt that the rest of the acting was pretty lackluster, honestly. Betty Buckley as the psychiatrist, Dr. Fletcher, was extremely wooden and very to-the-script. It was almost amateur and managed to take me out of the film more than once. It makes me super sad because Betty Buckley actually played Miss Collins in one of my favourite horror films of all time: Carrie (1976). The kidnapped girls, played by Anya Taylor-Joy, Jessica Sula, and Haley Lu Richardson, were just… okay. Nothing to write home about.

Though there’s some controversy over stigmatizing DID with this film, I really enjoyed it. If mental illnesses are off-limits for making films about or portraying villains who have them is off the table, we lose a lot of really great films. I’m talking Fight Club (1999), A Beautiful Mind (2001), American Psycho (2000), The Machinist (2004) – all films powered by mental illness and all spectacular movies. I can understand, however, why DID patients are upset. There are no films (that I know of or can recall) which portray DID in a positive light. Maybe something for Shyamalan’s next project?