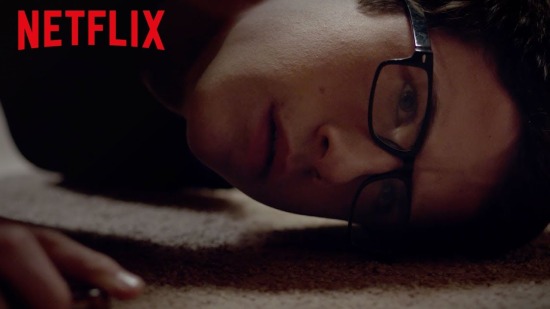 First and foremost, I feel like I should apologize for the hiatus. I know I have literally zero regular readers, and I’ve never had a very consistent posting schedule, but I still feel guilty since my last post was in October!

A new year means a new, fresh spreadsheet of movies. I failed at keeping track of the films I watched last year in about April, so I’m hoping to keep a full list this year. But anyway, enough rambling and on with the show… the show that ultimately leads… nowhere?

I wasn’t necessarily excited nor did I have high hopes for The Open House. It’s a Netflix original that just aired and it stars Dylan Minnette of 13 Reasons Why fame. To be honest, I wasn’t overly impressed with his performance in 13 Reasons Why either. I found him to be a pretty flat stage presence and I think that carried over to The Open House as well, which isn’t really boding well for his career (although, I will say he was okay in Don’t Breathe).

The film started out okay, if not a little cliche – with a jolting death and a quick change of scenery. Our two main characters, a teenager and his mother, relocate to their relative’s mountain home which is a gorgeous, if not creepy, abode. Pretty basic plot, creepy things happen until suddenly *spoiler* things aren’t happening anymore. That pretty much sums up the entire film, actually. It was a whole lot of slow, ambling, “ooh, spooky” moments that feel like they’re leading up to something big, something earth-shattering, and then… nothing. I was let down! I was ready, I was prepared for some kind of justice, and justice I did not get.

It was just uninspired and unoriginal. It was nothing that we haven’t seen before, that’s for sure. There was no character development and there was no basis upon which to build a connection with any of the characters either. It was confusing, it was stale, it was unimaginative. I definitely would not watch this again or recommend it to anyone. I didn’t hate it, I just… was so disappointed.

I was so happy when I saw the previews for this movie and I noticed that the director was Fede Alvarez who also directed the remake (reimagining?) of Evil Dead in 2013. Aaaaand that completes his filmography.

He may be a “newbie” at directing, but he is talented. Again, I was kind of blind-sided (pun unintended, but it is a pleasant surprise). I thought it was going to be a cut-and-dry thriller about a B&E gone awry, but what I got was so much more messed up than I could have imagined.

The film-making was fantastic and everything was technically (I feel) flawless. I did, however, find myself in a weird position – there’s no protagonist in this film… no one’s a “good guy” and there’s no one really to root for. The characters constantly make stupid decisions that make it harder for them to get to their end-goal, which I get it, it’s more realistic that way because no one is going to make perfect decisions in an adrenaline-fueled situation. BUT! Having said that, every time I had to say, “oh my god, what are you waiting for? RUN!!!” I was infuriated and liked the main characters a smidgen less.

These three teenagers, desperate for cash and I guess with no other way to get it, break into an old, blind war veteran’s house because they find out he has a shit-ton of money hidden somewhere. They make some dumb, naive decisions that make little sense, and they severely underestimate the skill level of a seemingly weak person with visual impairments.

Jane Levy was absolutely fantastic, as she was in Evil Dead, and plays a strong female lead who doesn’t stop fighting until she absolutely must. She makes for an intense thrill ride that I think no one imagines going in. I will definitely be adding this one to my collection!